I’m currently ‘recovering’ from an intense project – interviewing corrections clients for a week.

“I’m beginning to think you might not be cut out for this work Nick.

You’re getting too involved..

…It’s affecting you too much”

This really struck a nerve with me and I’ve been thinking of it ever since.

The project (for the Department of Corrections) was the most intense I’ve worked on.

It really stretched me – with interviews ranging from young offenders through to ‘lifers’ on parole, convicted murderers and senior patched members of notorious NZ gangs.

The interviews usually took place in Corrections’ facilities, sometimes in homes, and were always chaperoned. 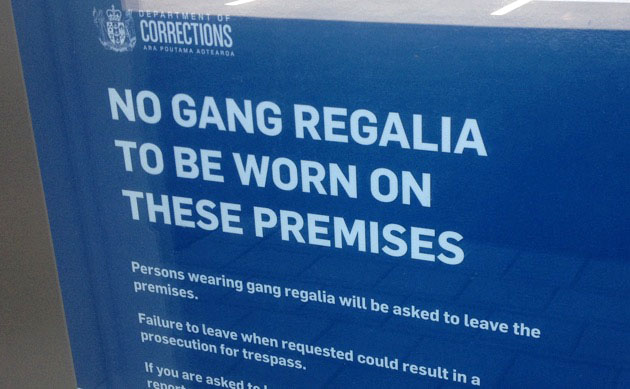 With the amount of prison ink I saw, there was no need for patches to identify gangs.

The sessions often opened emotional cans of worms and my initial fears soon gave way to tears in the eyes of the people I was interviewing as they told their stories, and described what it was like to be a client of the DoC.

At the end of each day I was returning home emotionally shattered, and needed equally to have some down-time and to share what were humbling, powerful, and usually upsetting stories.

Yes – the project was affecting me. Their stories were percolating in my mind and there wasn’t room for much else.

I was immersed, and I believe that’s what it takes to uncover insights. I mean, it’s called ‘deep dive’ research for a reason.

A colleague pointed out how in counselling there’s a risk of transference of emotion from client to counsellor, and how it’s important to regulate your feelings, but I’m not sure there are such rules for design and ethnographic research.

My thoughts centred around the people, their struggles and triumphs, the intrigue of prison life, and the underlying design challenge of what it takes to create positive change in these lives.

Yes – every service has to be designed, and public sector social services are increasingly taking a human centred approach to improving the way they interact with the people they serve.

In the past few years I’ve interviewed ‘users’ of social and public services who are in vulnerable situations – hospital patients in emergency wards, victims of bullying and others. Every time I’ve been ‘effected’ much more so than when the project is around a consumer product involving the lighter sides of our lives.

But if you dig deep enough, there is always emotion. I’ve had people drawn to tears in interviews about topics as dry as mortgages, and the individuals’ stories stay with you far beyond the ‘empathy’ they generate for the ‘end user’.

It’s an occupational hazard I’m prepared to bear and on a project like this, if you’re not being ‘effected’ … then you’re probably not doing the work justice.

8 thoughts on “Are you cut out for design research?”