(For the back-story, read Pizzle Part 1)

As I stepped through the door with a “Ni hao”, I watched all my norms float out – the way I came in.

When I say norms, I mean the usual ingredients of a successful field visit.

In my world, in-home visits always start with (and rely on) a crucial few minutes of rapport building. And there are usually just two of us visiting the customer. 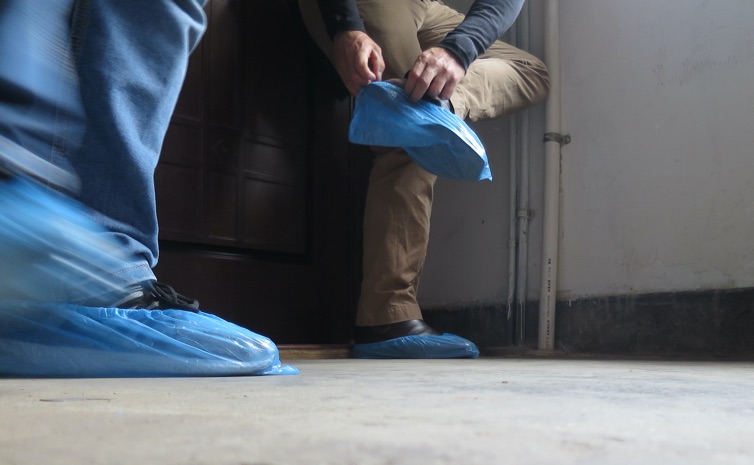 Have hairnet, will travel during fieldwork in China. The ritual of covering our shoes before entering people’s homes.

So as the 5 of us filed into a participant’s home in silence I had to fight my instinct to be convivial. Where was the ice-breaker? Where was the rapport?

Turns out it hadn’t actually gone out the door. The ice was broken and rapport built a week earlier when our local partner visited the participant. A necessary step to introduce him to the idea of our arrival and why we were so interested (link to part 1) in his thoughts and actions around the aphrodisiac animal part in question.

Even so, we were an entourage of five people taking up temporary residence in the living space of a tiny Guangzhou apartment.

Our team comprised a local partner triple-act of:

(The curious client and I make five)

Out-numbering the guy in such a way, I couldn’t see how we’d gain the trust and confidence for him to open up about such personal topics.

And how would we peel back the layers of culture, beliefs and behaviours – all through a translator? 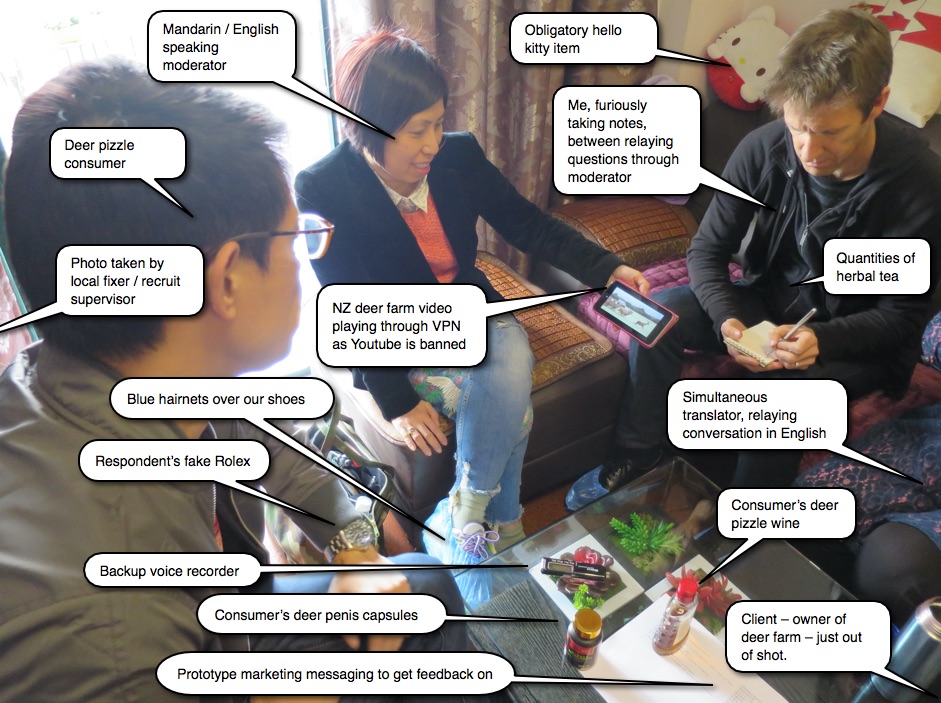 The layers. Oh the layers. So much more going on than I’m used to.

I had to do two things, and fast.

Relax, and focus. (only possible in that order as it happened)

Relax – because I knew all the details were taken care of… The recruit, rapport, and recording gear was rolling. This left me to observe, take notes and ask the occasional ‘dig deeper’ question.

Focus – because I needed to keep my eyes on the participant for their body language ‘tells’ while filtering out their voice to parse the rich flow of translated conversation coming through on a two second delay.

Then – CLICK – after a couple of minutes a switch went off.

My tired – but now trained – processor thawed and I was back in stereo, filtering and buffering the ‘audio stream’ – tuned into the context and ‘drinking-in’ the moment. 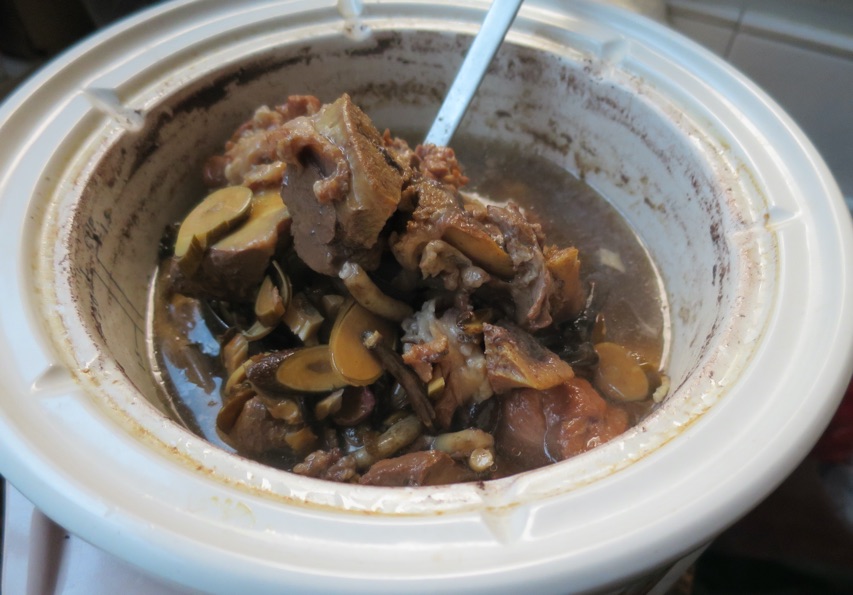 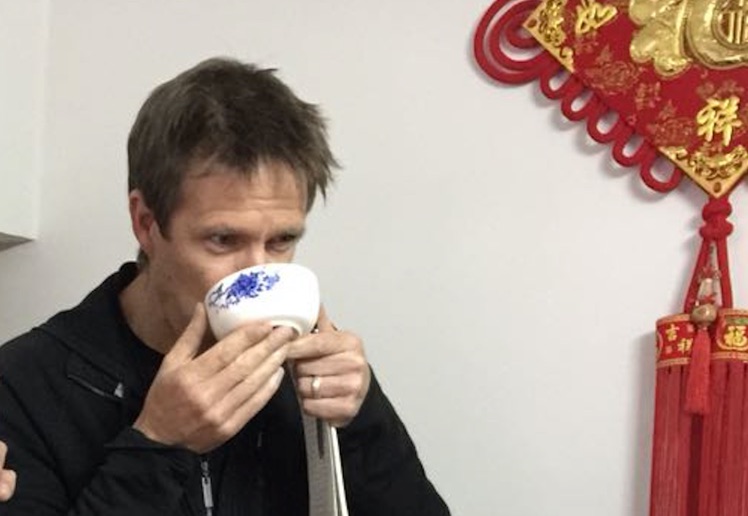 Yes, among it’s other properties it seems pizzle wine is quite the thirst quencher!

I’d run many studies before in ‘new markets’ for customers but always in western cultures and with English speaking participants, so this was new territory for me.

While I was curious about how the details would work, my big learning wasn’t in the layers of logistics and practicalities but in finding the ‘fixer’ – a local partner team with the right connections, skills and to be the ‘research roadie’, so we could relax and focus.

If you’ve worked with a great local team in a non-english speaking country, I’d like to hear about it. Mail me at nick@bowmast.com, or even better, introduce me.